Following the establishment of diplomatic relations between Belarus and the United States, a foundation for political, economic and humanitarian cooperation between the two countries was laid.

The President of the Republic of Belarus visited the United States in 1995, 2000, 2005 and 2015, including for participation in the sessions of the UN General Assembly.

Maintaining full-fledged bilateral relations with the U.S. has been an important direction of Belarus' foreign policy. Belarus advocates development of engagement with the U.S. on the basis of mutual respect and partnership.

Recently Belarus – U.S. relations go through a process of consistent normalization. An atmosphere of mutual trust is being restored. Level and intensity of bilateral contacts have increased. The scope of Belarus – U.S. contacts on global and regional security, combating international terrorism, and in international organizations has expanded. Fruitful cooperation of the two countries is established on preventing illicit transit of nuclear and radioactive materials, information exchange to prevent illegal migration. Joint work to counter trafficking in persons is ongoing.

As part of his visit to the U.S. in September 2015, President of Belarus Alexander Lukashenko had a protocol meeting with U.S. President Barack Obama.

In July 2017, the U.S. Congressional delegation headed by Senator Roger Wicker visited Belarus to take part in the session of the OSCE Parliamentary Assembly. During the visit, delegation members met with the Head of the Belarusian State.

Belarus removed cap on the number of diplomats who can work in U.S. Embassy in Minsk, including the Ambassador.

In August 2019, John Bolton, National Security Advisor to the U.S. President, paid a visit to Belarus and met the President of the Republic of Belarus. At the invitation of the U.S. side, consultations of chairmen of security councils of Belarus, Poland, U.S. and Ukraine took place in Warsaw in August 2019. 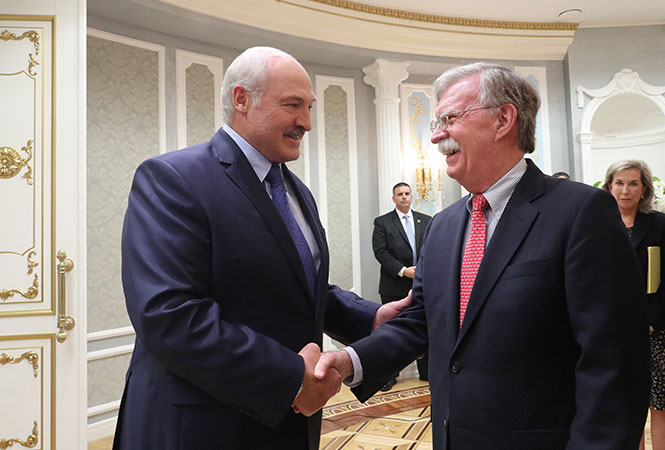 In September 2019, Under Secretary of State of the U.S. for Political Affairs David Hale visited Belarus. Following the visit, Foreign Ministry of Belarus and U.S. Department of State announced the intention to elevate bilateral relations to the level of ambassadors. 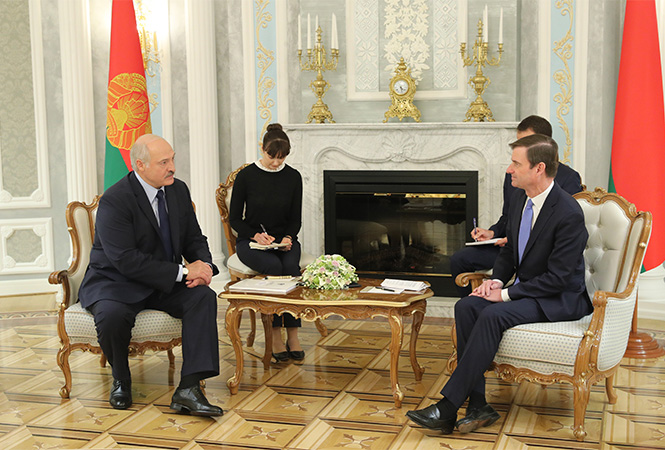